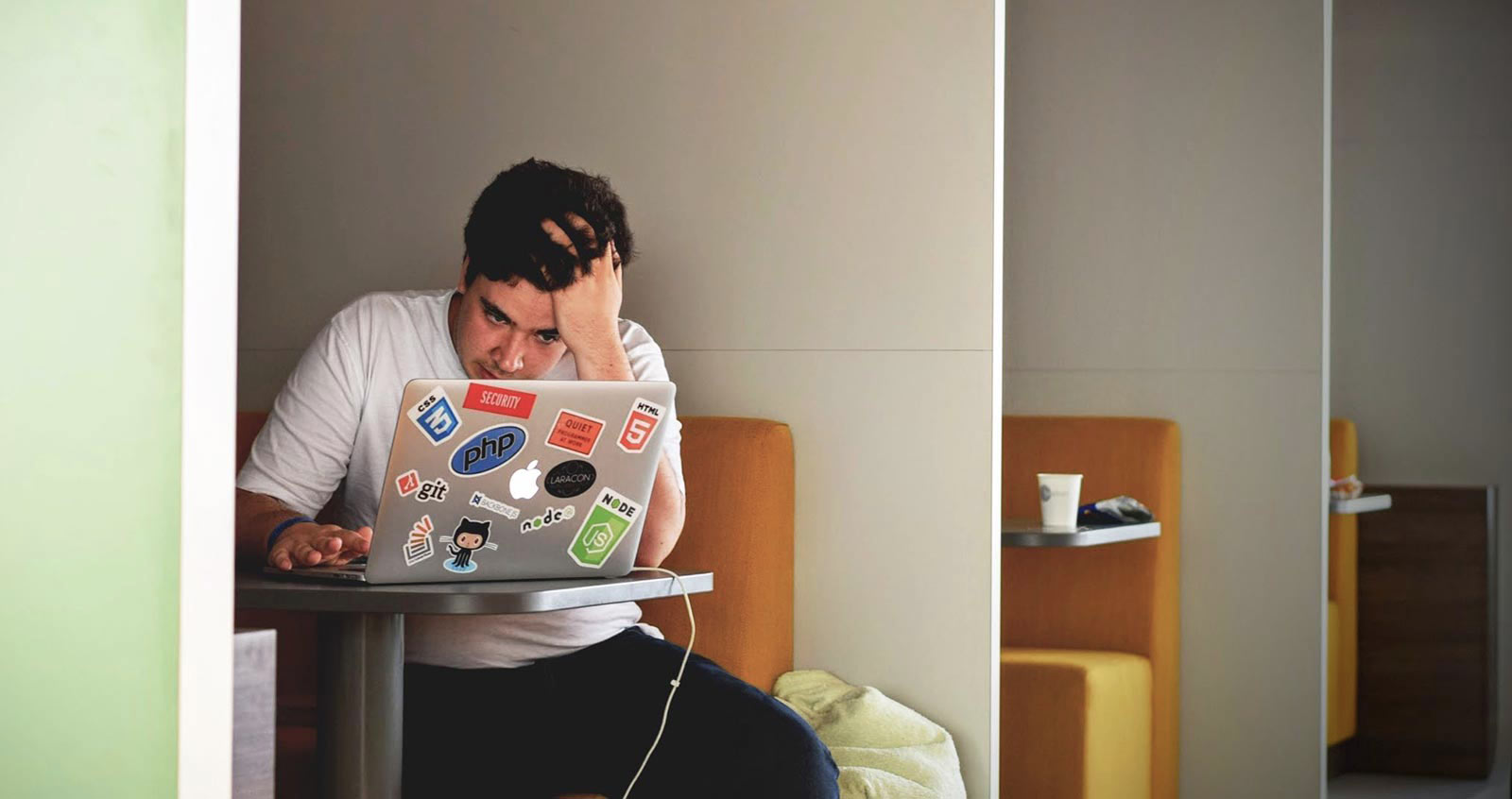 This essay by Greg Hoy first appeared in Offscreen Issue 10 (now sold out).

Not too long ago, while sitting in my office, I took off my glasses, put my head in my hands, and cried. It was the culmination of the toughest year of my working life, and more specifically, of my fifteen years of running a company. As I squinted into my dark, brackish palms, I had visions of laughing with my co-workers over a drink after sales pitches, celebrating project launches, and laying carpet squares, prepping our beautiful new office. It all came rushing back in a Vaseline-lensed retrospective.

If you invest a lot of time in something you’re passionate about, it becomes a part of you. For me, that passion happens to be running a company. And after a while, you have no longer a say in the matter. Whether you’re cutting grass, driving, or sleeping, you’re thinking about just one thing. It’s an involuntary response, like breathing. Or recoiling when you see Guy Fieri.

Back then I knew I had to start my own company, because I was so often disappointed by other people I worked for. They didn’t take time to get to know you. They were short-tempered. They didn’t participate in the business anymore. And while I sensed they once inspired people, I saw little evidence of it myself. They appeared beaten down.

So I decided to create the company I longed to work for. In the beginning, it was just a small group, and it felt like family. We had fun, and things felt effortless. I sold the work, managed projects, and designed websites. We were swamped with opportunities, so much so that we had the luxury of selecting the clients we wanted. There was almost no overhead, and the projects paid well. The industry was still blossoming, and while we weren’t a big fish, we were one of only a few in our pond.

At one point, the opportunist in me realised that hiring more people would enable us to take on more work. Soon, we were ten, then fifteen. People would ask me, “How many people do you want to grow to?” and I’d respond, “No more than twenty, that’s for sure.” In 2011, we had a headcount of twenty-four. A merger and an additional business partner later, we’ve added ten people on top of that. Before I knew what hit me, we had multiple layers of management, closed door strategy meetings, and multiple project teams. We relied on messaging systems to communicate instead of speaking to one another face-to-face. It led to unconstructive backchannel communications, conflicting roles and responsibilities, and people not taking vested interests in one another – myself included. A young employee once came up to me and said, “I had no idea you were once a web designer. I just saw it on your LinkedIn profile.” Of course he didn’t. It was maybe the third conversation we’d had, and he’d been with the company for almost a year.

While all this was happening, the web design field was changing dramatically. Things were getting crowded. We found ourselves competing against our own alumni. Sales cycles started to take forever, clients pulled budgets, and contracts became more restrictive. You can see where this is headed. Lots of employees, not a lot of work. The math makes your next decision for you.

My teary-eyed moment came shortly before I finally accepted the fact that everything I loved about those early days was gone. And several of my long-time colleagues have since echoed the same. The camaraderie, the ability to anticipate each others’ every move, even the trust – it all felt like a chore to encourage and maintain.

I have two young boys. When I see them every day, they look the same, and they don’t act very differently than the day before. But when I go away for a week and come back, they look so grown up. They say things I’ve never heard them say. Somehow, running a business feels the same way. My biggest challenge has been focusing on what’s right in front of me. To adapt with it, but to also appreciate it.

Today, our company is smaller. I’ve experienced what growth for growth’s sake is, and for me, it’s an unfulfilled prophecy. More people to enable more work didn’t make things better. And I was starting to show some of the negative traits of bosses I’d had in the past, the very people I tried to get away from.

The lesson I’ve learned is that you shouldn’t be afraid to stick with what feels right. The passion you bring to the table is directly dependent upon your level of happiness. If it’s all a chore, you have to figure out why. You may have even contributed to it. Own up to it. Then save yourself.