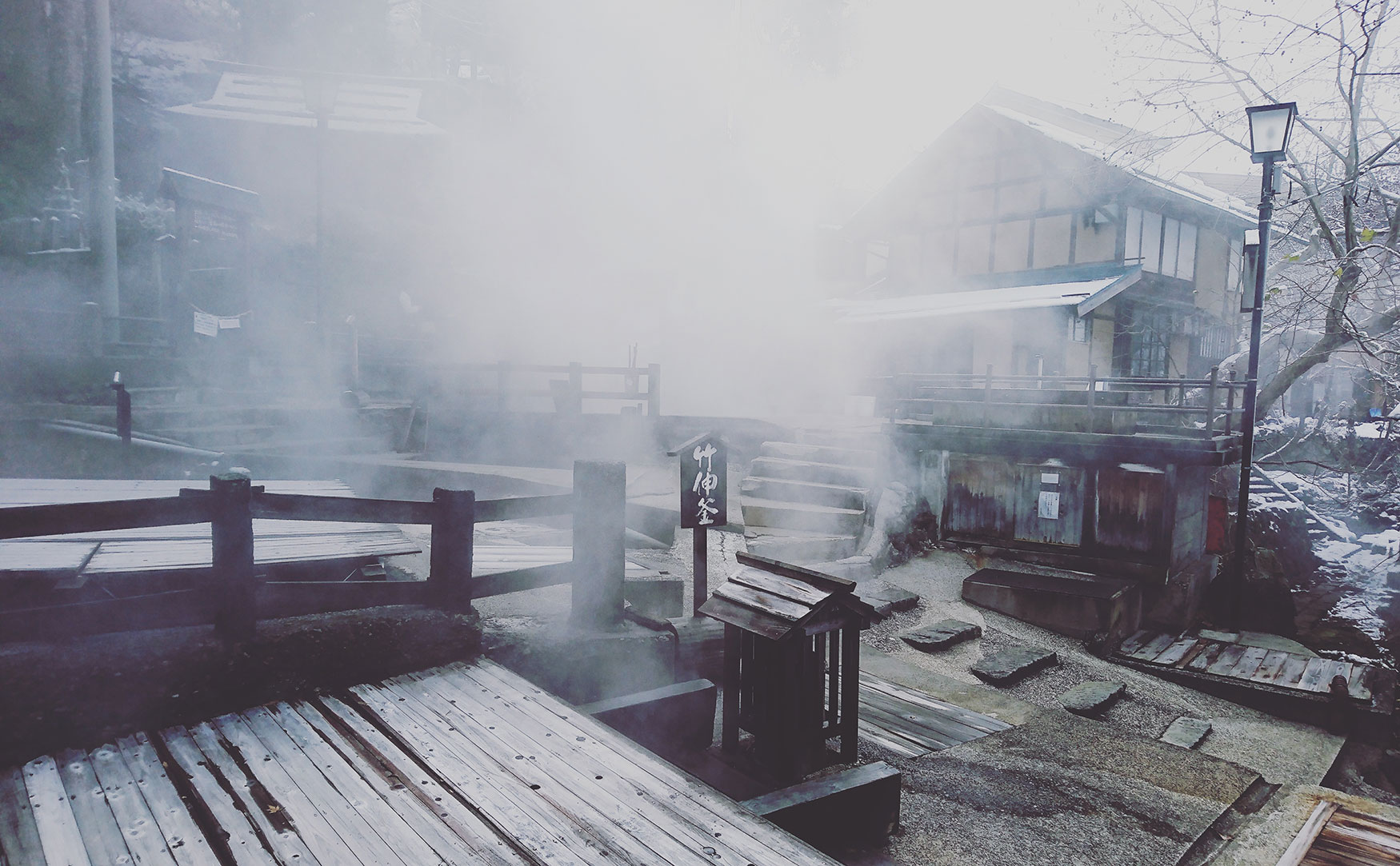 This essay by Natasha Lampard first appeared in Offscreen Issue 15 (now sold out).

In a picturesque valley, nestled in the southern alps of Japan’s Yamanashi prefecture, lies a traditional Japanese hot spring hotel, an onsen. It’s not big. There are fewer than 40 rooms. Unlike other typical onsens, which operate during certain hours, the baths at this onsen are open 24 hours a day to serve its patrons. The water is of the highest quality – pure, alkaline, neither artificially heated nor treated. The meals served aim to 'balance taste, texture, appearance, and the season'. Fresh, seasonal ingredients are used, foraged and caught in the nearby mountains and rivers.

The staff are hardworking, courteous, and committed to exemplary service. They embody omotenashi: the spirit of selfless service and humble hospitality. With an understanding that each of those they serve has different needs, there is a desire to put their patrons first, personalise their experience, and exceed expectations. The staff are dedicated not to reaching the top of the corporate ladder, but instead to protecting the onsen, to help it thrive and preserve it for years to come.

They have done so for many, many years. Over 1,300 years in fact. Established in 705 A.D., Nishiyama Onsen Keiunkan is the oldest company in the world. It opened during the Middle Ages, before the Islamic Conquest of Spain, a full millennium before the Declaration of Independence of the United States of America. When the onsen opened, the country of my birth, New Zealand, had yet to be discovered by our Maori ancestors. And in all that time, this onsen has been operated by the same family – currently in its 52nd generation of continuous management. Some members of staff have held the same post for generations, passing it from parent to child, child to grandchild, grandchild to great-grandchild.

The onsen has stayed small. They know what they do, and they do what they know. Their focus on service is relentless. They are a team united in its mission to protect, to nurture, to tend to, to keep alive – a delicate balance of continuation, innovation, and dedication that has endured for hundreds and hundreds of years.

Over 1,300 years after the onsen first opened its doors, I sit in my home office and skim through the morning news: congratulatory interviews and enthused reviews with 'startup gurus' celebrating exits and acquisitions – the ultimate end goals reached. And I wonder...

Recently, I've been thinking a lot about how fulfilling it would be to have my children all working alongside me, to have them share in the love and passion of my business, to have them want to protect it, nurture it, nourish it, tend to it, craft it, feel grateful for it, and try to keep it going for a long time, for themselves and future generations.

I wonder what decisions we would make differently if we inherited the work we do? What if our 'exits' were bestowing upon someone we love the thing we have created and crafted over a lifetime? What if the focus wasn’t on selling up and moving on, but instead was on handing down and passing on? What if this 'longtrepreneurial' thinking had a bigger overflow effect, changing our sense of community, government, and the planet?

Success, surely, needn’t be measured only by the hockey stick or the exit sign. We can choose to remain small. We can choose to devote ourselves to something that serves and respects and delights people. We can choose to do our small things in small ways, which over a period of time can build upon themselves. In the spirit of omotenashi we can find meaning, pride, and fulfilment in what we do, continually and selflessly. Surely, that is success too.